Exploring new materials that bridge the gap between science
and art

Join us for a round table discussion on Synthetic Futures with Rachel Wingfield, Lucy McRae, Rachel Armstrong, Yesenia Thibault-Picazo and our guest moderator, Olivia Solon.

Organised by This Happened London and Protein in collaboration with the V&A Digital Programmes Team, this event will be held at the Sackler Centre as part of the London Design Festival and will precede the V&A Digital Design Weekend

Rachel Wingfield belongs to an emerging generation of designers redefining conventions of how, why and with what things are made. For Rachel, the convergence of design and science, and ultimately the synergy with nature, can serve to address some of today’s most urgent problems by promoting energy independence, food security, and “metabolic thinking”. Her approach to design and fabrication values the physical process of making as much as established research methodologies and theories. This allows for the reinterpretation and integration of forms engineered by humans and nature alike. Rachel is Research Fellow at Central Saint Martins School of Art and Design and co-director of the design studio Loop.pH. Together with Mathias Gmachl, they specialize in lightweight temporary architecture, responsive environments and creates new urban visions.

Lucy McRae is an Australian artist exploring the relationship between the body, technology and the grey areas of synthetic and organic materials. Trained as a classical ballerina and interior design, Lucy staked her claim as the world’s premier ‘Body Architect’, coining the term in a spirited bid to be hired by consumer electronics giant Philips Design in a far future design research team. The foundations of her practice are heavily influenced from her formative years at Philips Design, where she was brought in to creatively lead an EU project developing stretchable electronics, an electronic tattoo and a range of emotional sensing dresses, making Time’s Best Inventions 2007. Each of her projects inhabits an artistic realm that draws heavily from readings and erudition in science, sculpture, digital technologies, architecture and fashion, informed by the fringes and extremes of our culture. 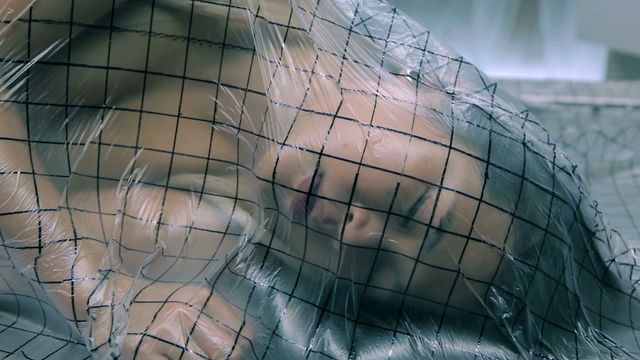 Rachel Armstrong is a Co-Director of AVATAR (Advanced Virtual and Technological Architectural Research) specializing in Architecture & Synthetic Biology at The School of Architecture & Construction, University of Greenwich, London. She is also a 2010 Senior TED Fellow, and Visiting Research Assistant at the Center for Fundamental Living Technology, Department of Physics and Chemistry, University of Southern Denmark. Rachel is a sustainability innovator who investigates a new approach to building materials called ‘living architecture,’ which suggests it is possible for our buildings to share some of the properties of living systems. She collaboratively works across disciplines to build and develop prototypes that embody her approach.

Yesenia Thibault-Picazo trained as a classical violinist and traditional weaver in Paris, in Duperré school. She later challenged the crafts’ boundaries by expanding her skills within a first masters degree in Fashion and Environment. Around this time she also began to introduce in her spectrum digital music. In 2012, she co-founded art direction and moving image studio IMMATTERS. She is also part of French music and artistic collective Green Cats, Babies! She graduated from MA in Textile Futures at Central Saint Martins where she started investigating the future of geology.

Olivia Solon is a writer and editor specialising in technology, science startups and digital culture. Currently Associate Editor of Wired.co.uk, she has also had work published in The Telegraph, Marketing Week, GQ, Music Week, and Frukt Source. Prior to working at Wired, she spent five years as a business journalist focusing on the media and marketing industries, with roles at Media Week, Media & Marketing and Cream.

Looking forward to seeing you at the event,

You can either submit a question or vote on a question that’s already been asked on Google Moderator http://goo.gl/czW6kA

You can travel to the museum in a number of easy ways.